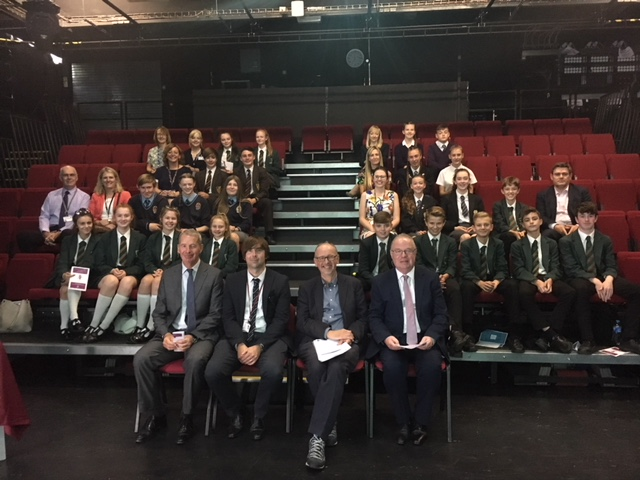 Matthew gave a speech entitled 'Money is the root of all evil' and Olivia spoke passionately about why Shakespeare should still be studied in schools. They were enthusiastically supported by ten classmates, Mrs Leonard and Mrs Elson.

Amongst stiff competition from schools such as St Bede's in Ormskirk and All Hallows in Penwortham, Olivia gained third place out of twelve. She received a £10 Amazon voucher and £50 worth of resources for the school.