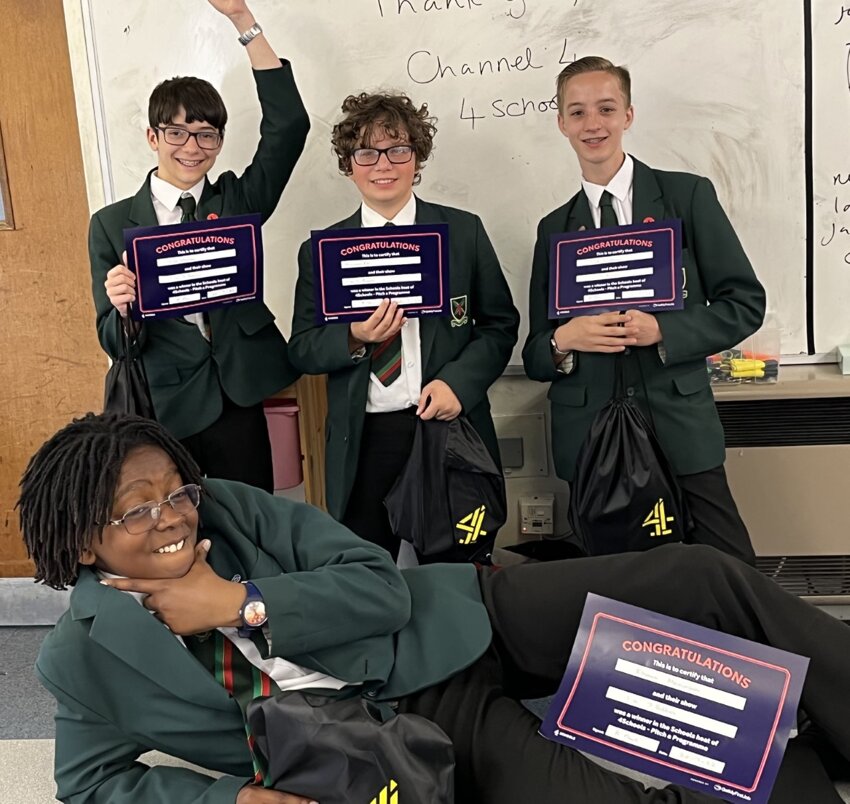 A team of pupils from St Edmund Arrowsmith Catholic High School in Wigan has been named the inaugural winner of a national competition run by Channel 4.  Schools from all over England were invited to ‘Pitch a Programme’ on the theme ‘altogether different’ to the channel’s executives. Children aged 11-14 were asked to come up with a creative idea then ‘pitch’ it with a presentation and a trailer.

The SEA  pupils - Khaya, Noah, Francesco and Jack came up with a futuristic comedy called "One in 7 Billion".

Khaya, who directed the trailer, explained: “Our idea was all about a world where people are born really clever but lose their intelligence as they get older.  Our antagonist is unique in this future world because he is just an average kid.  This win is amazing for us. We really can’t find the right words to say how delighted we are.”

Emma Holloway, of 4Schools, the channel’s school careers initiative, said: “We had so many entries, from London to Leeds, from Manchester to Margate. The quality of entries we saw really blew us away. We had comedies, dramas, game shows even reality TV shows.

Their prize for winning the competition is to spend a day on set watching the popular soap Hollyoaks being made.

Emma said: “One in 7 Billion was such a fantastic original idea and honestly, we were all blown away. The trailer had us laughing out loud.”

Angela Powers, the team’s English teacher, praised the pupils for their imagination, vision and determination. “We are so proud of the boys, not only for coming up with this unique idea but also beating off stiff competition from schools across the country. I hope it shows children that a career in the TV and entertainment industry achievable for all. Who knows what this win might inspire?”

The 4Schools in initiative also provides virtual workshops, live assemblies  and resources for schools as part of Channel 4’s desire to encourage younger people to follow careers in broadcasting, in both ‘on air’ roles and behind the scenes. 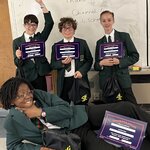 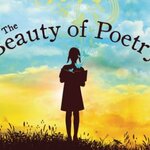 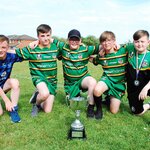