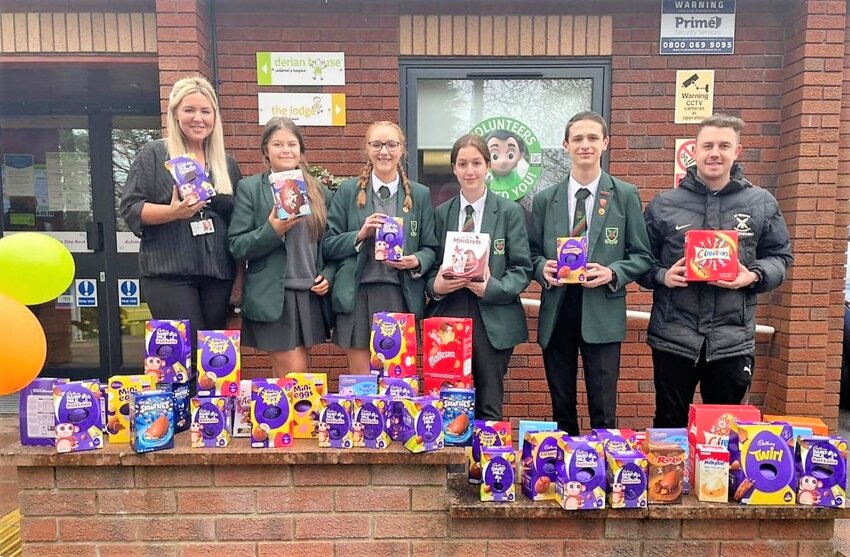 The month of March started with a request that was sent out to our school community for donations to help the terrible crisis in Ukraine.  We were truly humbled by everyone’s efforts and the sheer volume of goods that were dropped off at school to be taken across to the Polis School in Warrington.  A second request for donations was subsequently sent out and receive an equally amazing response and I would like to express my sincere thanks for this magnificent effort to everyone involved. The Polish School 'overwhelmed' with supplies for Ukrainians | Warrington Guardian

Another appeal for donations also took place during March, but this one was organised by our Y10 pupils who were participating in the “Thinking of others” Lenten appeal.  I was astounded at the number of easter eggs donated which totalled 259.  Mr Taylor, (Y10 ALC) organised for 200 easter eggs to be delivered to the Rainbow Ward at Wigan Hospital and the remaining 59 eggs were taken to Derian House Children’s Hospice in Chorley.  I would like to thank the Y10 students for their participation in this challenge which really was a superb achievement. We also received a ‘thank you’ letter and certificate (shown below) from CAFOD thanking us for the £885.95 donation we made a couple of weeks ago. This was from various activities the pupils ran, involving cake sales, raffles, quizzes and donations. The Gospel vales of Charity and Generosity are so clearly seen in our pupils and staff, these are yet again fantastic examples of just how willing our school community are to think about others who are less fortunate and are willing to make efforts to make the world a better place.  Whenever I get the chance I state that it is an honour and a privilege to be the Headteacher of our school and it is efforts like these which fill me with pride about the special place our school is.

In other news from around the school:-

In English, Y7 student Jimmy Fields was outstanding in his citizenship speech and won the vote from the students and his teacher. Jimmy also shared his prize with the rest of the class, so he was definitely thinking of others!  Norbertas Jasiunavisios has also been outstanding. Norbertas is Lithuanian and has worked extremely hard in his writing and speaking to put on an exceptional performance.

In Y8, James Hickey wrote an excellent article written on the plight of refugees.  In Y9, Grace Morris wrote a thought-provoking speech given about kindness.  In Y10 Niall Spruce gave an excellent performance in the recent Christmas Carol exam in the hall.  In Y11, Lucy Baggley deserves special commendation for her mature attitude to learning, resilience and motivation with her studies

Y7 students are the first to join our Accelerated Reader Millionaires' club, meaning that they have read more than a million words each. Congratulations and well done to Eva Morton, Milo Wilkinson, Sophie Doyle, Max Killen for their superb effort!

In Maths, Emily Gallagher and Amelia Eccles deserve recognition for their work on quadratic sequences and surds.

In Music, I would like to say “well done” to all the pupils in our school Concert Band a mention. They have rehearsed every single Wednesday for an hour after school since September, showing commitment to their instrument, the school, and displaying their love and passion of music. The Concert Band has been by far the most successful extra-curricular activity this academic year and will be a feature of the Music, Dance, Drama summer show at the end of June.  The pupils are: Alexis Aaron 10G, Benjamin Paul 10C, Tony Kelly 10A, Louis Williams 10O, William Mulhearn 10S, Ava Boon 10H, Daniel Pickering 9L, Leo Barton 9W, Sam Barton 9C, Ellie-Rose Masheder 9W, Rebecca Roberts 9A, Jack Barbour 8C, Jack Stafford 8L, Khaya Maninjwa 8L, Edward Larkin 8S, Claudia Beaney 7M, Connie Boon 7M, Joshua Paul 7O

In Drama – I would like to congratulate the Y11 Drama GCSE students who have completed their 'Texts in Practise' performances for their exam. The performances were well rehearsed and professionally performed. Well done to all. Finally, Lenten services have been taking place all week in the school hall, in preparation for the celebration of Easter.  For those of us who have given up ‘something’ during Lent, we look forward to Easter Sunday as it marks the end of the period of ‘fasting’.  Nowadays, the importance of the celebration can often be hidden amongst the large display of easter eggs in the shops, but the true meaning of Easter should still have a deep significance in our lives as Catholics and the Lenten services help to remind our school community of the message of Easter.

I am very grateful to Father John Gorman for celebrating the Lenten services in school with us and our school Chaplain, Maria Ruane for organising them, These have been made extra special because it is the first time that we have been able to hold these services for two years due to the covid restrictions and it was fantastic to finally get back to some of our special occasions in school.

Easter is the most important time of the year and a reminder that we can make a difference by caring for others and listening more attentively to the readings from Scripture over the Easter period, which are made even more poignant by what is happening in Ukraine.

“In February there is everything to hope for and nothing to regret.”  Thinking of Others ... Update
share tweet 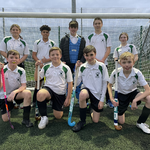 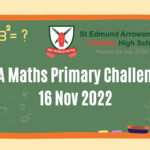 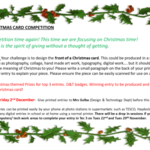