"You are special. Never stop believing in that!" 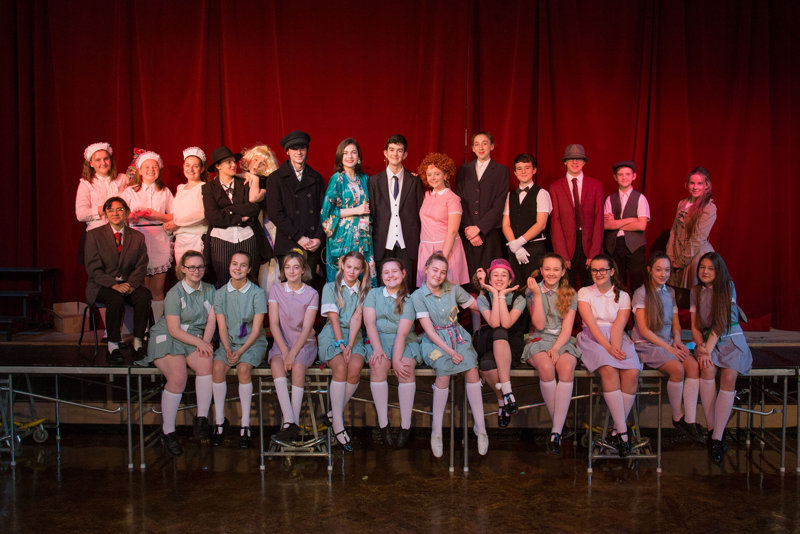 At last, all the excitement and anticipation that had built over the past six months was going to be put into action. All the committed lunchtimes and after school rehearsals were finally going to pay off. As the evenings of the 8th, 9th and 10th of October approached, all the people involved in the production were on their toes to see how the final performances would play out. Both of us were delighted to be part of the final production at St. Edmund Arrowsmith and we crossed our fingers hoping it would be perfect, and, if there was a greater word than flawless, that’s how we’d describe the final nights. All the teachers and students were truly delightful to work with and we couldn’t appreciate more all the effort put into making this a good last memory for us before we leave for college. Honestly, we couldn’t have asked for a better cast; everybody worked hard and showed dedication and we were a really pleasant cast this year.

Just as with professional shows, the performance started with the audition process. We were all able to choose a scene to perform and we were encouraged to pick a character that we’d want to be. Most people didn’t know, so the auditions were to see the range of acting we had. We also had to do singing auditions which would determine our vocal skills. This was a challenging process for the music and drama teachers because they had to consider both our acting and vocal skills. Eventually they decided on our roles, which were: Rooster Hannigan and the Policeman (as well as minor roles in NYC).

After all the excitement from auditions the true test of our resilience kicked in: rehearsals. Monday, Wednesday and Thursday were the days we’d spend rehearsing, perfecting every scene. Miss Potts, Mr. Bateman and Patrick would spend time perfecting the scenes and dances while Mr. Masheader and Mrs. Alverado would perfect the songs and singing. It was great for Patrick as a choreographer to see the cast’s dance skills develop over time. At first, some of the cast were unsure if they would like the dancing element of the rehearsals but, by the show, it was amazing for him as a choreographer to see the huge improvement of the cast. It was such a nice experience for us to have been able to perform our last show in high school with such an amazing cast and friends. We wish everyone best of luck in the future and this is certainly not the last time you’ll see us on stage!