Joining Together with God 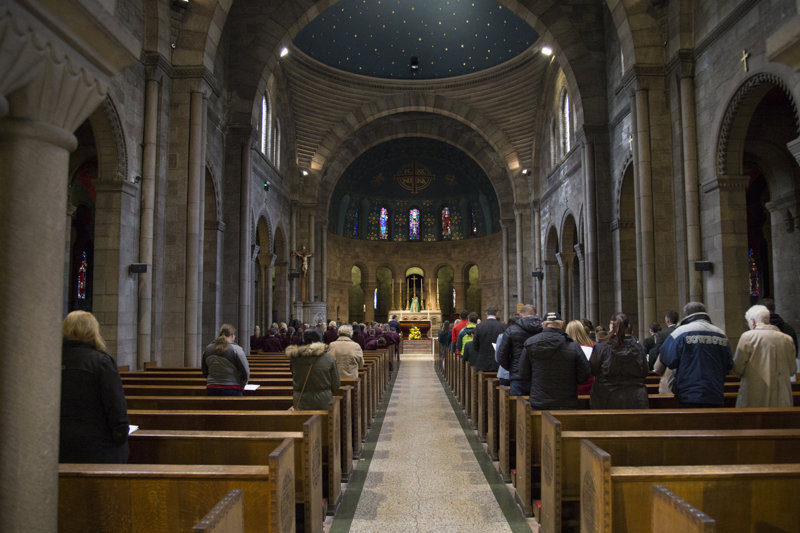 I was really looking forward to attending the Ecumenical Service, celebrated at St Oswald’s Catholic church.  Year 7 pupils from both St Edmund Arrowsmith and The Byrchall High School joined together to celebrate their gifts and talents as they begin their five-year journey at secondary school.  I was interested in making comparisons between the two Christian faiths, and how they can come together to celebrate the one God who has given us all our own unique gifts and talents.

This ecumenical service has demonstrated to me several differences between the Church of England and Catholic faith. I enjoyed singing ‘One more step along the world I go,’ as this was a song that I sang in my primary school. I also liked hearing Byrchall’s song ‘My Lighthouse’ which I joined in with, as we regularly sing this during the family service at my local C of E church on a Sunday morning, as well as it being a favourite hymn at my primary school. This is a lively hymn which is often accompanied by actions, which were performed by our Byrchall friends.

The church that I attend, St John the Baptist church, is very different from St Oswald’s church in several ways. This became apparent as soon as I entered the church. As I arrived, I dipped my finger in the holy water and made the sign of the cross, and as I went to sit in my pew, I genuflected to the altar to pay my respects, before I sat down.  The students from St Edmund Arrowsmith did this, but Byrchall students did not.  I totally understood that this was not due to the fact they were being disrespectful, but merely it is something that members of the congregation do not do in the Church of England.

I find St Oswald’s Church very ornate, as it has many statues and decorations on the altar.  In the church that I attend, the altar simply has a gold cross in place in the centre. All the windows are grandly decorated and the pews all have knee rests in them to pray. The church itself is a much greater size compared to the church I attend. The lady who led the service from St Thomas Church, Ashton was a curate and called Reverend Flick. Deacon John O’Brien joined Reverend Flick in leading this special service. standing alongside a fellow student from Byrchall. Having a long green fence divide our Year 7 yard with Byrchall’s main drive, this was the nearest we had got to stand alongside somebody from our neighbouring school. Whilst our faith and the colour of our uniform stands us apart, it is clear that we share so many interests, experiences, aspirations and common Christian values. We have a responsibility to ensure we celebrate and recognise our differences as well as working together for the benefit of Ashton and school communities.

It was very fitting that later in the day we continued the healthy Byrchall/Eddies rivalry on the football pitch, where both our A and B teams came away with a healthy score line.